“[Joseph] Smith and the major leaders of the church were sent to Liberty Jail, awaiting trial for a list of crimes that would have guaranteed their execution. They never spent a day in court, however, because they broke out of jail. On 16 April 1839, the prisoners were moved to another county. En route, the guards and the sheriff found their way into the whiskey, got too drunk, and passed out. Smith and his friends seized on the opportunity. The five men in chains stole two horses and rode off into the night.” 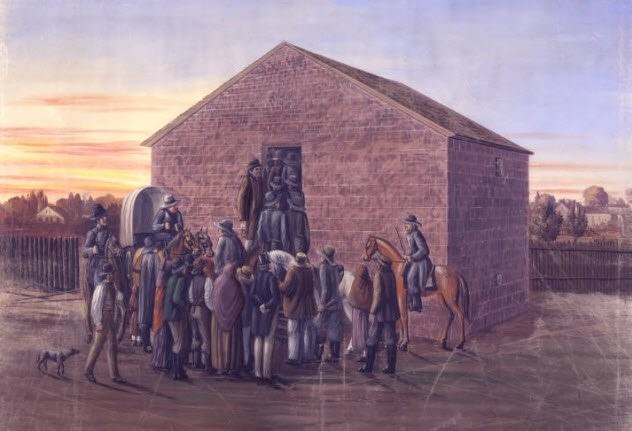