“The Mormon army, called the Danites, didn’t let the Missouri militia stop them. The Danites organized a party and ambushed the militia at Crooked River. The Danites sneaked out of the woods, fired volleys of gunfire at the militia, and then charged them with knives. The militia was caught off guard. They panicked, and most of the troops fled before they were given the command. The few that stayed behind to fight were drastically outnumbered and didn’t have a chance. Soon, they also fled, leaving their supplies behind. Four men died in the battle, three of whom were Mormons. However, the Mormons did manage to steal the army’s horses and supplies. The most important change, though, was that the Mormons weren’t just fighting mobs anymore. They had attacked members of the US National Guard.” 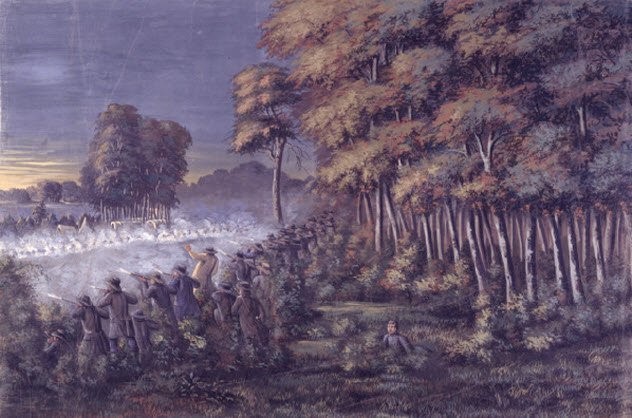