In the journals and histories of the church we find that one of the techniques Joseph used in deception was disappearing treasure. He would gaze into his hat to locate the exact spot where loot was buried, which was guarded by a spiritual protector. He would then require the diggers to have absolute faith to seize the lucre from the spirit. As was always the case, their faith was not strong enough so the treasure would “slip” further underground, beyond their grip. Thus, an otherwise fruitful night would be spoiled by the lack of righteousness and was consequently ‘their fault.’

This deceptive thought process found its way into the Book of Mormon, and sheds light into the ultimate meaning of these verses… 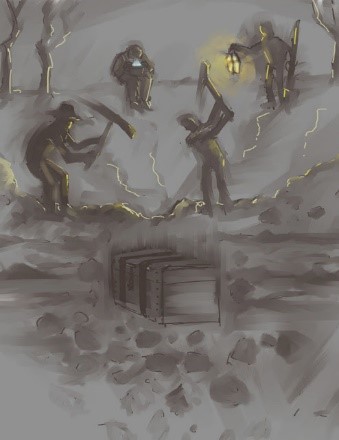