When reading the Book of Mormon, it’s easy for the student to forget that the text was purportedly abridged by Mormon. This means Mormon gathered the data (probably from more perishable substrate materials) to compile, edit, and preserve the records on the more permanent resource of brass and/or gold. This immediately dismisses the apologist argument having us believe the apparent errors in the current version were allowed to remain since there was no practical way to ‘erase’ the etching once it was made. Superficially, this seems to be sound reasoning. However, we are constantly reminded the writing space was limited, and that this was one of the primary reasons Mormon oversaw the compilation. Unfortunately, the text is riddled with redundancies. An editor (especially one who is a guardian of the word of God) would have corrected these to help achieve the required condensation. To the skeptic, these errors are viewed as evidence against its divine authenticity, as well as being proof that Joseph Smith was inventing the story as it came to him. One such example is:

If etching metal to conserve space, any editor worth his salt might have transposed this verse as:

“Ammoron, the brother of Amalickiah, was appointed as king, to reign in his stead.” 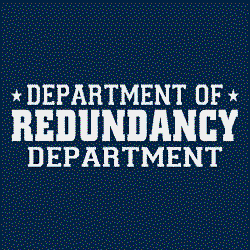