“& I cannot write but a little of my words because of the difficulty of engraveing our words upon plates.”

“therefore it be<e>came expediant for Shiblon to confer those sacred things before his death upon the Son of Helaman who was called Helaman being called after the name of his father.”

We are constantly reminded in the Book of Mormon, as well as other church books and manuals, about the difficulty of etching and the limited space of the plates.

Note: There’s an irony in the fact that Jacob makes a point of how difficult the engraving is, but the chapter that follows it is one of the lengthiest in the Book of Mormon.

Yet, there seems to be no shortage of repetitious, useless, or unimportant words or sentences in the book. Is the future reader so dense that they would not be able to notice Helaman’s son was named after his father, without the useless emphasis about it in the final words of verse 11?

If space were an issue, shouldn’t the abridgment have read:

“Therefore, it became expedient for Shiblon to confer those sacred things, before his death, upon Helaman, the son of Helaman.” 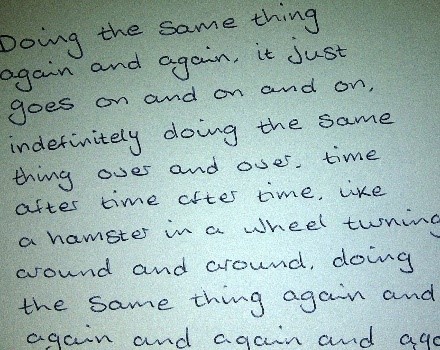