“Green Flake was a black slave, owned by a member of the Mormon Church named James Flake, drove Brigham Young’s wagon into the Salt Lake Valley on 24 July 24 1847. When his owner died, and his widow moved to the slave-free state of California, she paid the Church her tithing, in the form of her slave, Green Flake, which the Church accepted, and he became property of the Church.

“In 1862 [actually 1865], the US Congress outlawed slavery in its territories. Brigham Young freed Green from being the Church’s slave in 1854. So, there is a happy ending to Green’s story after all.

“I found this lesson interesting because…

“1) I never knew a slave drove Brigham Young’s wagon into the Salt Lake Valley on what we now celebrate as Pioneer Day.

“2) I didn’t know Utah was a slave territory where slaves were bought and sold by Mormons and non-Mormons alike.

“3) I never knew the Church owned a slave.

“5) Brigham Young believed the institution of slavery was ordained by God.” 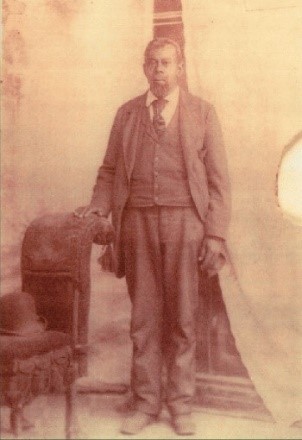