“Mormons know how to poison, as well as murder, armed ‘Gentiles,’” the Alta California claimed in July 1857, carrying on a tradition of toxic charges that had followed the Latter-day Saints from Missouri to Illinois and ultimately to the Great Basin.

Evil-minded historians dedicated to combing the underbellies of venerated religious corporations for evidence of the vast corruption and venality of such institutions must be sensitive to the most subtle clues to have any hope of exposing the awful truth. It requires asking obvious if off-beat questions, such as ‘Why the flock did the Mormon bigbugs send missionaries to China and Siam in 1853?’

I first picked up weird vibrations when I stumbled across Levi Savage’s 21 November 1856–not long after acting the hero’s part in the Willie handcart disaster trek–letter to the Presidentcy and Twelve of the Church:

“Four years scense you appointed me a Mission to Siam. I Started, in good faith, and determination to fill this mission agreable to appointment, but having, unavoidably, been thrown into sircumstances by which my way was obstructed, I have returned without going to Siam.// Fearing Some wrong impressions might arise in regard to the matter, and also, thinking it would be Satisfactory to yourselves to have a correct understanding of it, I have thought proper to inform you, that I am ready to explain to you the nature of these obstructions. Concequently, I address you with these few lines, p[r]aying the especial Blessings of the Lord to attend you all and all that pertain unto you.”

What made the noble Levi so nervous? He had, after all, circled the globe in the service of these land sharks, so WTF if he hadn’t made it to Siam? Could it be that he had failed in his mission for some other reason-such as not returning with exotic Oriental poisons? One paper thought so: the San Francisco Herald, 14 September 1857, 2/4:

“Every Spring and Fall, says my informant, a company of ‘seventy are ordained’ and sent out to different parts of the globe. These Seventies, of which sixty have already gone forth as Missionaries–making in all thus far, forty-two hundred–are known as ‘Destroying Angels,’ and they go into all the world without ‘purse or scrip,’ and are to seek such employment as will best enable them to facilitate the great work of their religion. A great number are engaged in the fields of China, and especially in the manufacture of tea; into which, during their labors they incorporate an insidious but fatal poison. Others are engaged in the same Godlike (?) work, in the manufacture of liquor and tobacco; which articles, together with some others, are guarded against by the Faithful, who receive what are called by Brigham, the ‘word of wisdom,’ and of course abstain from the use of the interdicted articles.”

These poisons are of various kinds. Some are so slow that long periods elapse before they take effect, while at the same time their fatality may be precipitated by the admixture of other poisons.

One poison within the knowledge and possession of Brigham, possesses qualities that remain inert in the human system for years before its fatal consequences are developed.

Anyway, I even looked at Hosea Stout’s China mission journal, which appeared to document sincere efforts to convert the heathen Chinese.

But as the blessed Juanita [Brooks, ‘Mountain Meadows Massacre’] wrote:

“A study of the letters of Brigham Young will show that very often he does not come to the point immediately; he begins with generalities and ends with them and inserts the real message in a single terse sentence or two in the very heart of his letter.”

Not only did Young employ this strategy, so did many of his minions, including ole hardass Hosea. Amid a long chatty letter to the Old Boss, Stout inserted this nugget:

“We can see no way yet of sustaining ourselves so as to learn the language and our only hope now is to raise up a branch of the church which we have both faith & hope we will, although there is no _symptoms_ yet.//Do not feel that we are discouraged or cast down for we only want the proper _element_ to act upon & we feel assured that we can produce the proper compound.”

Gold, as they say, is where you find it. 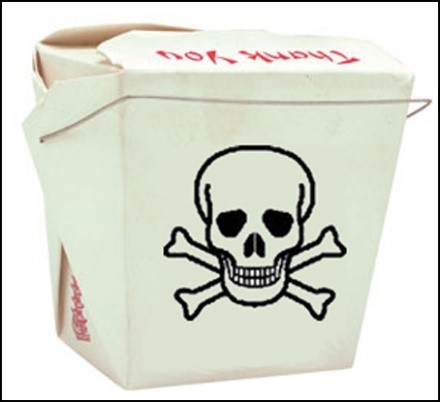