“An active LDS biblical scholar, David Bokovoy, corrects well-intentioned but misguided interpretations about hard-to-explain passages in the Book of Mormon. (I’m specifically pointing out the fact he’s an active, faithful member, because I know that it’s a habit for some people to completely dismiss anything that’s not written by an active member…. just sayin’ :-). In a Nutshell: The Book of Mormon contains passages from the last part of Isaiah (in the Bible, chapters 40-66). And, according to the Book of Mormon story, those passages appeared on the brass plates that Lehi and his family took with them in their journey to America (just before the Babylonian captivity). But there’s a problem: those chapters in Isaiah didn’t yet exist when Lehi lived in Jerusalem. Those chapters were written AFTER the Babylonian captivity, long after Lehi and his family had sailed to the Americas. So, technically speaking, it’s impossible for the material in those chapters to appear in the Book of Mormon. Yet, somehow, it does. In an attempt to explain away this problem, some LDS scholars have claimed that the last chapters in Isaiah must have existed BEFORE Lehi left Jerusalem. Problem solved. Or is it? Unfortunately for the theory, there is no evidence to support it. None. Nothing, nada, zilch. The theory is based solely on speculation, motivated by an attempt to find an “answer” where there is none. To make matters worse, the late Isaiah chapters show clear evidence, and repeated evidence, that they were written during and after the Babylonian exile – but never before it. It’s a very serious problem, though I suspect most people don’t know about it. Why talking about this is meaningful: it reveals the importance between being honest and forthright about history and textual evidence, rather than going through mental gymnastics to create “plausible” rationalizations that allow people wistfully to ignore and explain away certain difficult problems. Moral of the story: Faith is not built in ignorance, or ignoring problems, or dismissing difficulties with cursory indifference.” 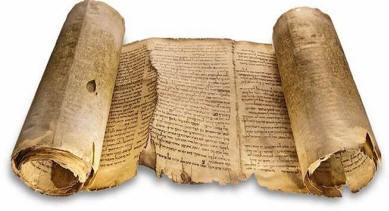