Take a look at the picture here. Study the word sequences.

These five verses exemplify the repetition and the verbal delivery Joseph Smith used in orating the Book of Mormon.

The usual suspects of “and it came to pass that” are seen twice. The other highlighted words don’t account for exact matches, but certainly show Joseph’s penchant for grouping words and ideas.

Those reading the Book of Mormon for the first time usually recognize this trend as they study.

What does it mean? I leave that up to you. But for me, it’s a sign that a purportedly ancient record which may have been written on scrolls, was then edited and etched in metal, and then consequently recited via a stone in his hat, have character flaws making it “being divine” difficult to imagine. 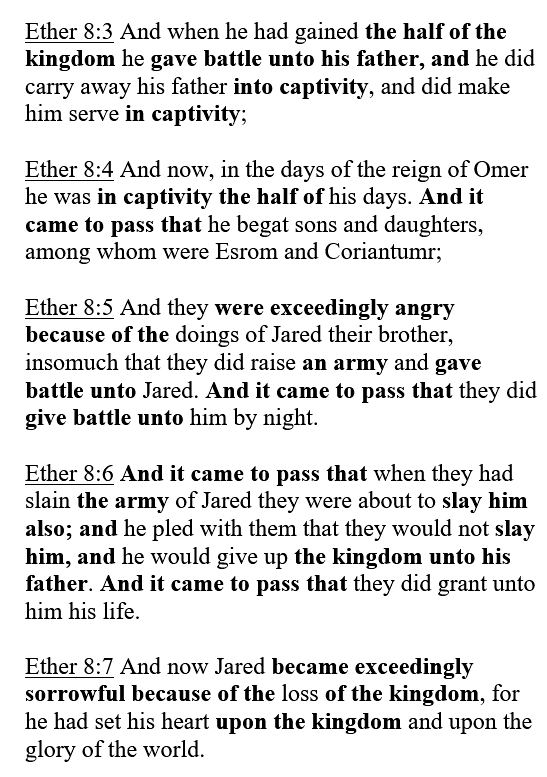