In his dictation of Alma 19:28, Joseph Smith, Jr. forgets the name of “Abish” – a saintly woman he mentioned just twelve verses before. One can assume there must have been an overnight gap in the dictation of Alma 19:16 & 19:28, and Joseph was foggy on the details of the enactments of the day before – perhaps from one of his famous nightcaps. Alma 19:28 should simply read,

“…And while they were thus contending, Abish saw the contention…”

Instead, (because of Joseph’s stupor) it reads,

“…And while they were thus contending, the woman servant who had caused the multitude to be gathered together came, and when she saw the contention…”

Only six women are mentioned by name in the Book of Mormon.

To believe the supernatural notion of the faithful, which would be ‘word-for-word’ from the seer-stone, or Urim and Thummim, or whatever this week’s historical change of device is, would also require a belief in the necessity of useless lengthy sentences of difficult inscribing in a book which we are constantly reminded is condensed as it is. 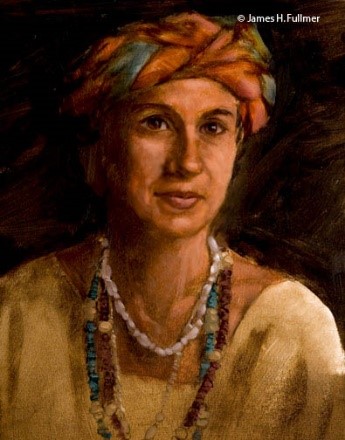