I’ve always been a fan of both the History of the Church of Jesus Christ of Latter-day Saints and the BH Roberts Comprehensive set. It is great to have all this information, as well as the Times and Seasons and Deseret News versions of the history combined in one easily accessed set! The Church has long been notorious for their edits and censorship of this history. In fact, there have been more than 62,000 changes made to this history throughout the years; Dan Vogel has captured all of them.

ORIGINALLY – “Then went to John P. Greene’s, and paid him and another brother $200. Drank a glass of beer at Moessers. Called at William Clayton’s.”

This has been changed, in a blatant attempt to dismiss Joseph’s drinking habit:

CURRENT – “Then went to John P. Greene’s, and paid him and another brother $200. Called at William Clayton’s 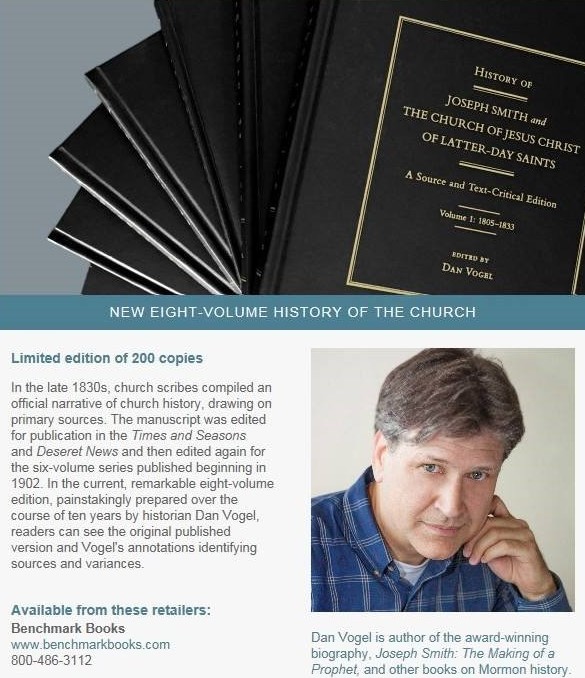