“When it became generally known that these important changes had been made in the Doctrine and Covenants [formerly the Book of Commandments], many of the brethren objected seriously to it, but they did not want to say much for the sake of peace, as it was Brother Joseph and the leaders who did it.  The majority of the members – poor weak souls – thought that anything Brother Joseph would do, must be all right; so in their blindness of heart, trusting in an arm of flesh, they looked over it and were led into error, and finally all talk about it ceased.” 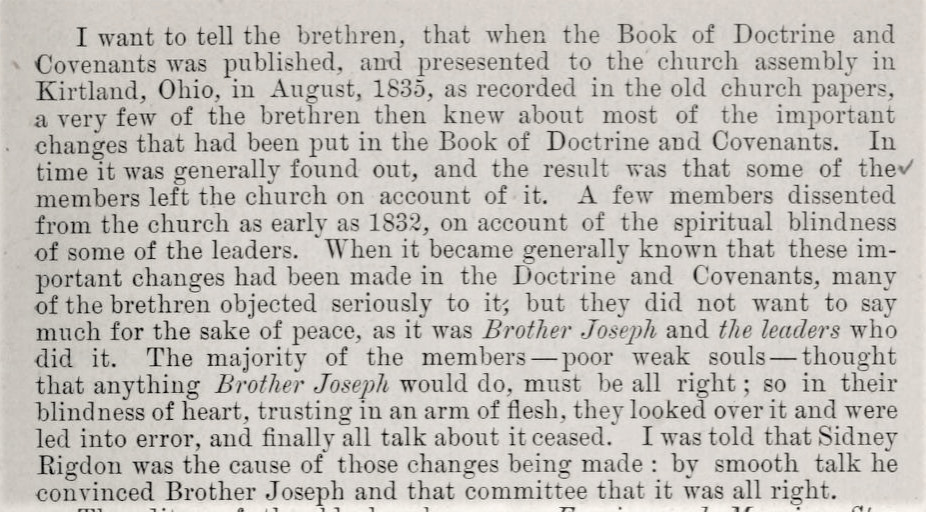