“One life-long defender of Joseph Smith [Thomas Ferguson] made his own independent investigation of Joseph’s ability as a translator of Egyptian records, utilizing recognized Egyptologists without telling them a word about the issues that were at stake. Their verdict agreed with the findings of Mr. Nelson and Dr. Baer. Consequently, he came to reject the Book of Abraham and the claims put forth by Joseph Smith as a translator of ancient languages.” 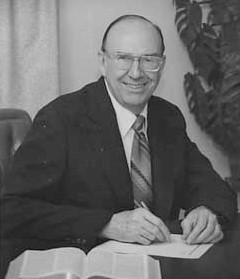