It was decided after the first printing of the Book of Abraham facsimile #2 that God should not be depicted with an erect penis. It was consequently sanitized in further editions, and was absent until 1977 (possibly sooner) when it was reintroduced into the leather bound/thumb index versions of the triple combination.

For the better part of the 20th century the LDS Church censored the ancient Egyptian Hypocephalus so that the image in section #7 appeared without an erection.

The LDS Church has always maintained that this image is “God sitting upon his throne;” this is incorrect. This is a depiction of the pagan ithyphallic God Min who has a long history of carnal adventures, including incest. This is why he is portrayed with an erection.

The higher quality, leather-bound, thumb indexed scriptures released in 1977 have the 1842 Times and Seasons version of the Hypocephalus; with an erect penis. The cheaper versions of the scriptures did not have this change.  A 2010 e-mail from Sandra Tanner explains: 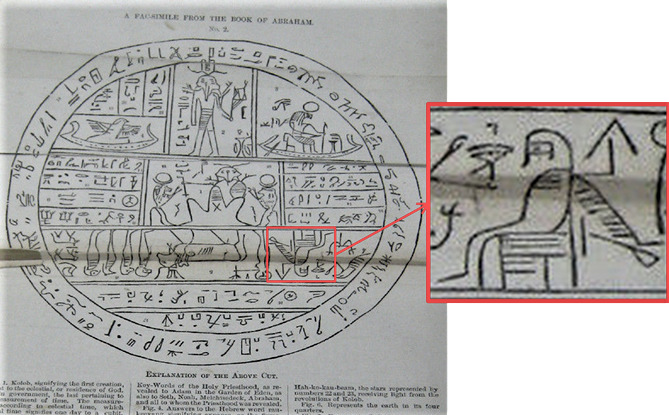