“The Mormon church has an actual piece of papyrus from Joseph Smith’s collection which they suppressed for 130 years. In 1966 we printed Joseph Smith’s Egyptian Alphabet and Grammar, which included a photograph of this fragment. Grant Heward identified it as an actual fragment of papyrus, and we published this fact in the Salt Lake City Messenger for April 1966. Finally, after the rediscovery of the papyri in the Metropolitan Museum was announced, the church leaders admitted that they had this fragment of papyrus. Their admission was published in the Improvement Era in February 1968, page 40-H.” 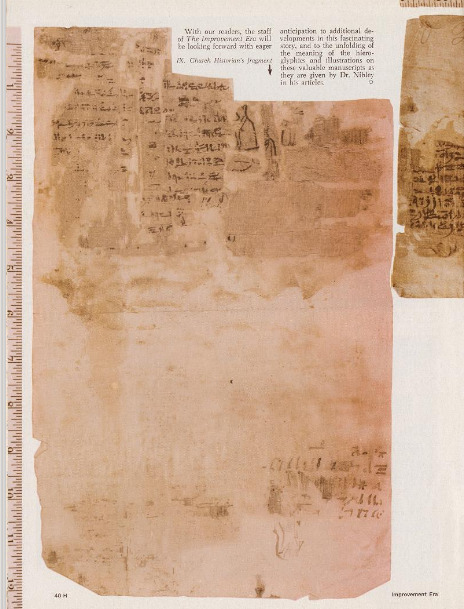