While it is claimed that Joseph Smith may have secretly sired children with his ample stockpile of polygamous wives, tracing any alleged trail back to any such children is made potentially more difficult because of the practice of abortion among Nauvoo Mormons that could have helped cover Smith’s path of paternal DNA, as demonstrated by the following historical examination…

“Evidence of Abortions? Some critics believe that Joseph may have gotten some of his wives pregnant but had them get abortions. This is what Sarah Pratt, whom Joseph excommunicated for refusing to have sex with him, said to Smith’s son [Joseph Smith III]: “I saw that he was not inclined to believe the truth about his father, so I said to him: ‘You pretend to have revelations from the Lord. Why don’t you ask the Lord to tell you what kind of a man your father really was?’ He answered: ‘If my father had so many connections with women, where is the progeny?’ I said to him: ‘Your father had mostly intercourse with married women, and as to single ones, Dr. Bennett was always on hand, when anything happened.’”

Note: Dr. Bennett was an abortionist, as well as a member of the First Presidency of the Church. 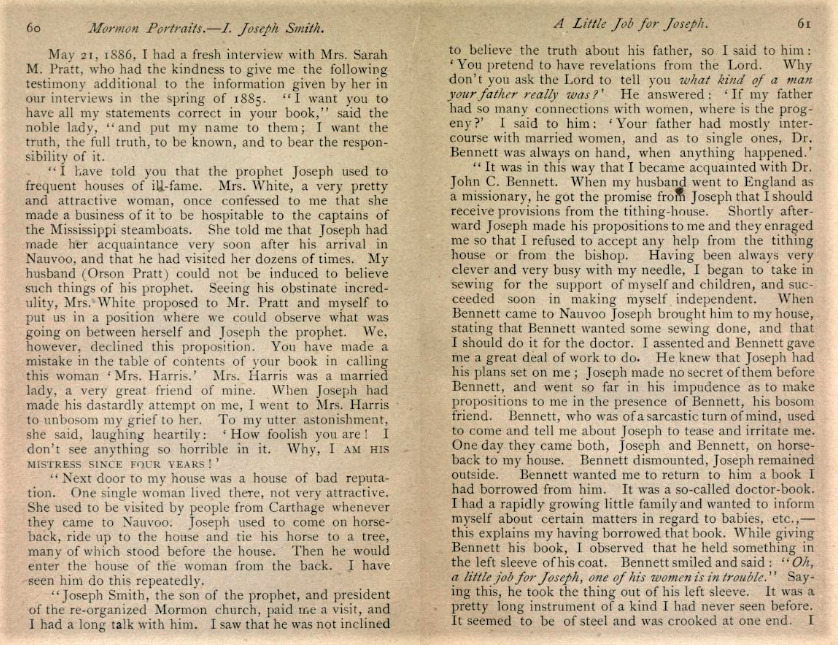