“God, the Father of our spirits, became the Father of our Lord Jesus Christ according to the flesh… The fleshy body of Jesus required a Mother as well as a Father. Therefore, the Father and Mother of Jesus, according to the flesh, must have been associated together in the capacity of Husband and Wife; hence the Virgin Mary must have, for the time being, the lawful wife of God the Father… He had a lawful right to overshadow the Virgin Mary in the capacity of a husband, and beget a Son, although she was espoused to another; for the law which He gave to govern men and women, was not intended to govern Himself, or to prescribe rules for his own conduct.” 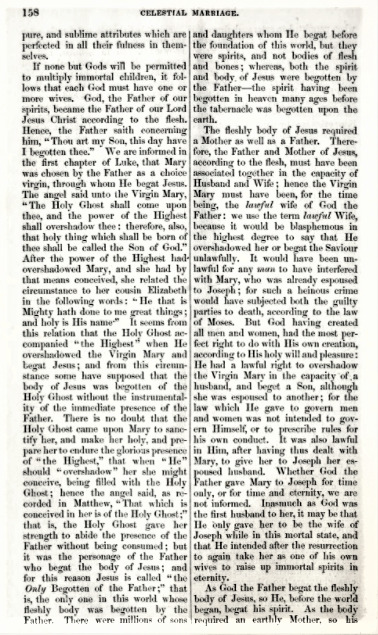