Nephi climbs a mountain and God instructs him to build a ship (1 Nephi 17:8). Stating he has no way to make ‘moulton’ ‘oar’ (vs 9) using ‘bellowses’ (original spellings), Nephi makes an abrupt 180 to explain why they weren’t allowed to make fires and that God would make their raw food taste sweet to them; and that he (God) was to be their light in the wilderness – though no explanation is given as to how this miracle happens, which is itself bizarre, given the fact this must have occurred nightly. This tangent in verses 12-13 is little more than Joseph musing ‘oh ya…before I continue, I’d better explain why we never brought bellowses with us.’

The young prophet also failed to explain how the company kept warm without fire, when winter nights in Saudi Arabia dip to 45 degrees F. 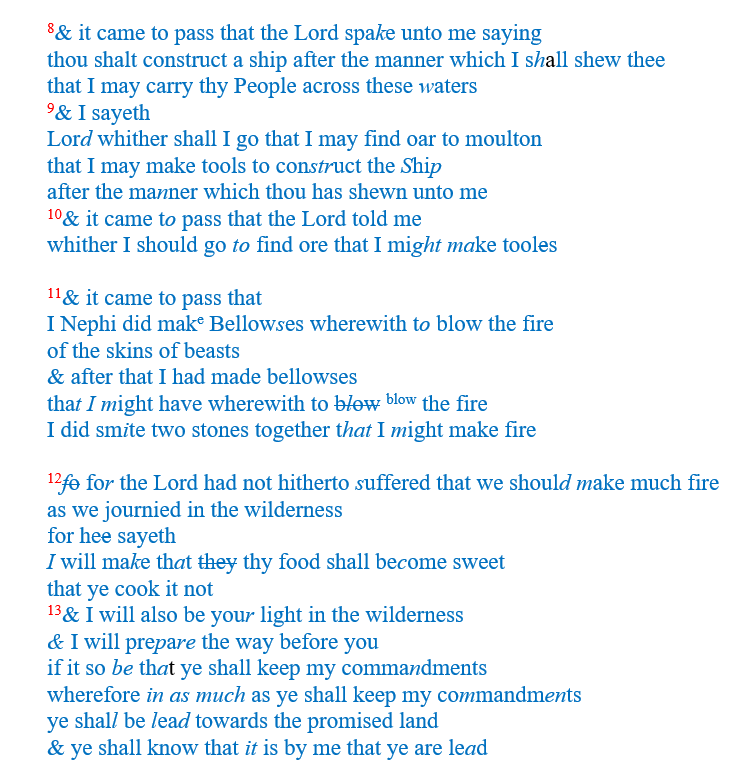