When helping to lay a cornerstone for the Nauvoo House on 2 October 1841, Joseph Smith approved the placement of the original Book of Mormon manuscript (composed mostly in the handwriting of Oliver Cowdery and appropriately written on foolscap paper) into the Nauvoo House cornerstone with the following send-off comment (made a short time earlier by Smith to another prominent Mormon leader)…

In his book The Story of the Mormons: From the Date of Their Origin to the Year 1901, William Alexander Linn sets the stage for Smith’s deep-sixing of the text…

“[P]roof [that]…a second [manuscript] copy [of the Book of Mormon] did exist [is found in the account of Ebenezer Robinson].” Robinson, who was a leading man in the [Mormon] church from the time of its establishment in Ohio until Smith’s death, says in his recollections that, when the people assembled on 2 October 1841, to lay the cornerstone of [the] Nauvoo House, Smith said he had a document to put into the cornerstone, and Robinson went with him to his house to procure it. Robinson’s story proceeds as follows: “He got a manuscript copy of the Book of Mormon and brought it into the room where we were standing and said, ‘I will examine to see if it is all here;’ and as he did so I stood near him, at his left side, and saw distinctly the writing as he turned up the pages until he hastily went through the book and satisfied himself that it was all there, when he said, ‘I have had trouble enough with this thing;’ which remark struck me with amazement, as I looked upon it as a sacred treasure.” 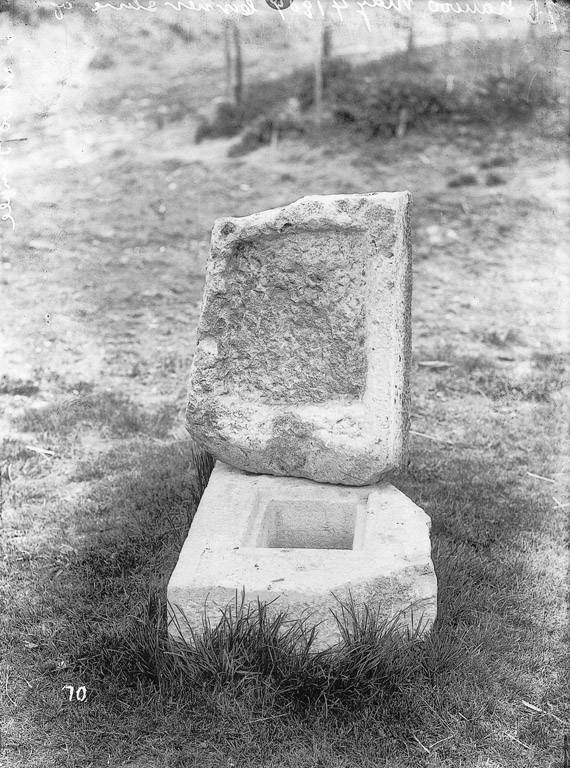