The scene is from ‘First Nephi’ in the Book of Mormon. God commands Nephi to behead Laban (4:18). He then rushes to the treasury disguised as Laban to steal brass plates (BTW, Nephi is the good guy).

Evidently the ruse is completely convincing, though no explanation is given as to how Laban’s clothing was free of blood after his beheading (v.19).

The keeper of the plates is a man known only as “the servant of Laban” (v.20). Nephi-as-Laban convinces the keeper to give him the plates and follow him out of the city.

This character is referred to as “the servant of Laban” two more times (vs. 30 & 31), and then in verse 35, his name is clumsily revealed:

“And it came to pass that Zoram did take courage at the words which I spake. Now Zoram was the name of the servant.”

Then, in verse 38, he is relegated back to his title:

“And it came to pass that we took the plates of brass and the servant of Laban, and departed into the wilderness.”

Although written language can be tricky, one would think the Reformed Egyptian for “Zoram” might be easier to etch into golden plates than “the servant of Laban.” Also, since the Book of Mormon claims to be of divine origin, once Nephi got around to etching the words down, he might have respectfully introduced and addressed Zoram by his name rather than his title in verse 20?

And to what sort of divinity can we attribute the mistake of calling him “the servant of Laban” again (v.38) once we already knew his name? 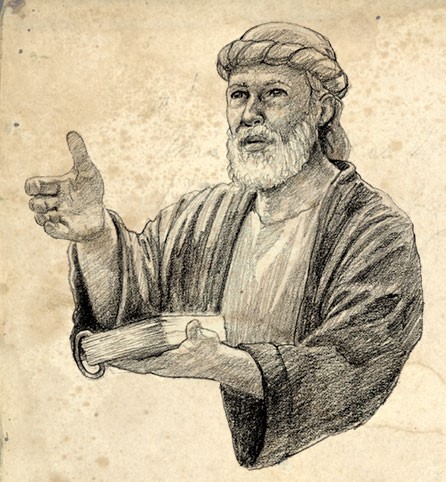