“I really have difficulty in finding issue or quarrel with those opening chapters of the Book of Mormon [i.e., the first 7 chapters which only relate to Lehi and his family around the area of Jerusalem]. But thereafter it doesn’t seem like a translation to me…And the terminologies and the language used and the methods of explaining and putting things down are 19th century literary concepts and cultural experiences one would expect Joseph Smith and his colleagues would experience. And for that reason I call it transliteration, and I’d rather not call it a translation after the 7th chapter. And I have real difficulty in trying to relate these cultural concepts as I’ve briefly discussed here with archeological findings that I’m aware of…If I were doing this cold like John Carlson is here, I would say in evaluating the Book of Mormon that it had no place in the New World whatsoever. I would have to look for the place of the Book of Mormon events to have taken place in the Old World. It just doesn’t seem to fit anything that he has been taught in his discipline, nor I in my discipline in anthropology, history; there seems to be no place for it. It seems misplaced. It seems like there are anachronisms. It seems like the items are out of time and place, and trying to put them into the New World. And I think there’s a great difficulty here for we Mormons in understanding what this book is all about.” 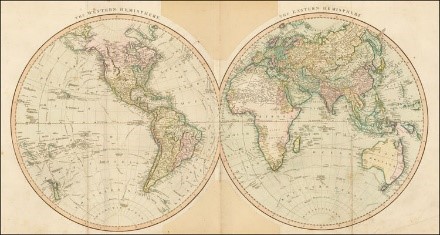