“’Is it too modern to notice that there is nothing [in the Ten Commandments] about the protection of children from cruelty, nothing about rape, nothing about slavery, and nothing about genocide?’ Christopher Hitchens’ war on religion took many different approaches. He argued not only against the improbability of the supernatural but also against the real world effect of organized religion. (In fact, Hitchens thought antitheist a better description of himself than an atheist.) He approached the Bible’s deplorable morality with characteristic ruthlessness, noting that the single most important instance of divine law (the Ten Commandments) omits some serious crimes. This kind of analysis helps reveal the insanity of religious literalism, and the tendency of the faithful to pick and choose which laws they follow. Do you hate gays because the Bible says so? Then why are you wearing polyester? And eating shellfish? And playing football?”

Drew Miller, 6 Wild Quotes From Christopher Hitches That Will Remind You Why You’re An Atheist (New York, NY: Mic.com, 26 October 2013), #2. 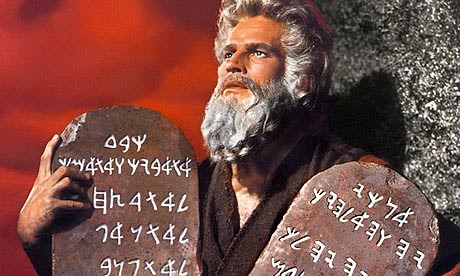