In the ‘Preface’ of the Printer’s Manuscript of the 1830 first edition of the Book of Mormon, Joseph Smith explains about the missing 116 pages:

“I translated by the gift & power of God & caused to be written one hun{l\d}red & sixteen pages the which I took from the Book of Lehi which was an account abridged from the plates of Lehi by the hand of Mormon which said account some person or persons have stolen & kept from me notwithstanding my utmost exersion to recover it again & being commanded of the Lord that I should not translate the same over again for Satan had put it into their hearts to tempt the Lord their God by altering the words that they did read conterary from that which I translated & caused to be written & if I should bring forth the same words again or in other words if I should translate the same over again they would publish that which they had stolen & Satan would stir up the hearts of this generation that they might not receive this work but behold the Lord said unto me I will not suffer that Satan shall accomplish his evil design in this thing therefore thou shalt translate from the plates of Nephi untill yeu you come to that which ye have translated which ye have retained & behold ye shall publish it as the record of Nephi & thus I will confound those who have altered my words I will not suffer that they shall destroy my work yea I will shew unto them that my wisdom is greater then the cunning of the Devil.”

There are several important items to point out about the verses above:

1) It’s obvious that Martin Harris and Joseph Smith had no idea what happened to the pages; the most likely evidence is that Martin’s wife, Lucy, burned them.

2) Underscoring the paranoia, Joseph included this ‘Preface’ as a warning to whomever took the pages, although nearly a year had passed when the book was prepared to print.

3) Aside from Joseph’s frantic tone, there does not appear to be any historical indication to suggest another party indeed had the text, and was threatening to publish it.

4) Joseph has a direct revelation stating that he (God) is aware of the cunning designs of the thief, and that an alternate plan has been set in motion to thwart the deed from harming the work.

5) In what can only be viewed as a serious anachronism, Joseph Smith inserts 1 Nephi 1:17 into the beginning of the book, and has Nephi explain to the reader that he’s going to present an abridgment of ‘The Book of Lehi’ before he begins writing of his own adventures.

One is left to ask several questions about this circumstance: Why wasn’t God aware that Lucy Harris had thrown the 116 pages in the fire? Why did Nephi find it so important to include an abridgment of the ‘Book of Lehi?’ We know that inscribing the plates is a difficult task, so why was Nephi compelled to offer an ‘abridgment’ of what was already written 116 pages earlier? Did Nephi have foresight about the 116 pages more than 2,400 years before they went missing? How can one justify God’s misjudgment given the fact that no nefarious action was perpetrated by the ‘mystery thief?’ 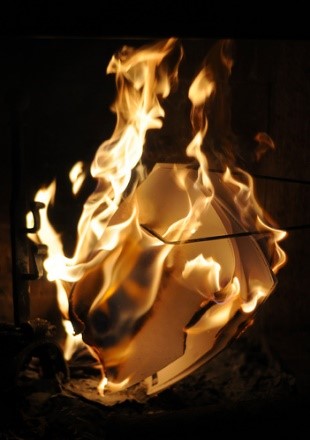