“The excommunication of the church official, [LDS General Authority] Elder George P. Lee, a 46-year-old Navajo, was announced Friday in a one-paragraph statement. It followed his assertion that Mormon leaders were racist and that the church’s president was too feeble to make decisions. The excommunication is the first in 46 years imposed against a Mormon general authority, one of 85 men who administer the Church of Jesus Christ of Latter-day Saints. The church’s statement said Mr. Lee had been expelled for ‘apostasy and other conduct unbecoming a member of the church.’ A church spokesman, Don LeFevre, said he would not elaborate on the statement.” 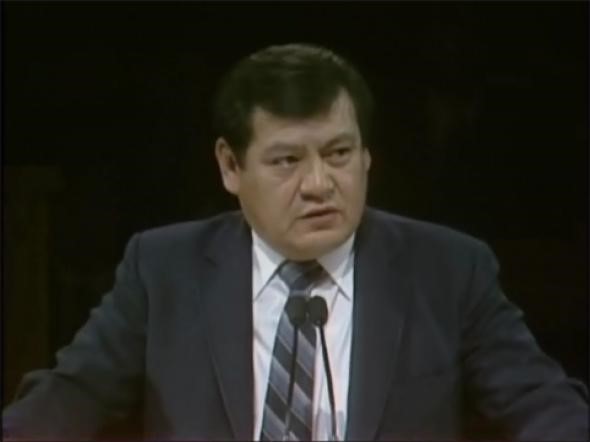