“After paying a tribute of wine to the Lamanite soldiers stationed to guard the city of Nephi, Limhi’s people – and Ammon – escape with their flocks through a secret passage in the city’s wall. The Lamanite army pursues them for two days until ‘they could no longer follow their tracks’ [Mosiah] (22:16). It seems unlikely that trackers could lose the trail of an entire city and their flocks and not soon overtake the slower-moving group.” 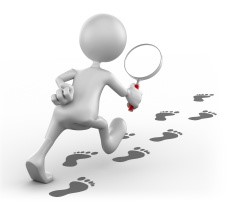