“According to the actor who portrayed the minister in the third filmed version, the role of Satan [during the LDS temple endowment ceremony film] was to have originally been filled by an African-American, but due to protests by LDS Polynesians, a Caucasian filled the role.” 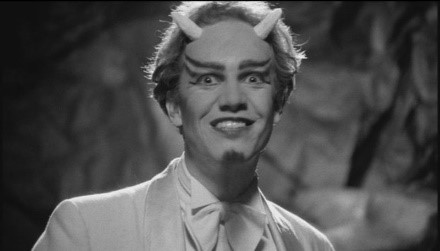