“Just the opposite is true. To have a righteous goal and to develop the kind of character that is necessary to achieve it is better than not knowing who we are or where we are going. To strive to become a God brings a selfless and altruistic attitude…”

“Some would argue the notion of having a goal to ‘become a God’ is not a righteous goal; rather an unfounded, arrogant, and blasphemous idea. There are varying degrees of humility and arrogance within active Mormon people at large. It can take a good deal of personal prodding to locate the darker side of their spiritual superiority. Other times it is quite obvious, as in the LDS response by attempting to put down the idea of another in order to make your own belief system more appealing: “…to develop the kind of character that is necessary to achieve it is better than not knowing who we are or where we are going” is very offensive, overconfident, arrogant, and assumes that anyone other than a Mormon is not aware of who they are or where they’re going. The LDS response exhibits additional arrogance in claiming they already understand what personal attributes a man must have in order to become a God: “To strive to become a god brings a selfless and altruistic attitude.” If this is true then it is obvious Mormons are not on this path. Most active Mormons are caught up in right-leaning Republican notions. They have contempt for the beggar on the side of the road. They keep themselves involved with inconsequential busy-work (such as temple work) which allows them to justify their lack of work for ‘the living.’ Their convictions are absolute and anyone having an alternative idea of truth is not only wrong but is shunned by the faithful. Their business dealings are often manipulated behind closed doors so the ultimate decision-making processes are limited to active LDS members whom they feel comfortable with since they’re unified in their spiritual motivations. This exemplifies the Charge ‘The ambition to become a God is basic human selfishness that lies at the root of all evil.’” 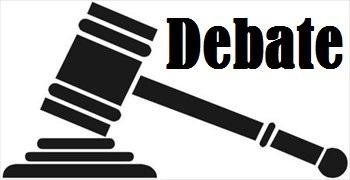