“Angels are of the same race as men. They are, in fact, men who have passed from the rudimental state to the higher spheres of progressive being. Some have died and risen again to life, and are consequently possessed of a divine, human body of flesh and bones, immortal and eternal. They eat, drink, sing, worship and converse. Some of them hold the keys of Apostleship and Priesthood, by which they teach, instruct, bless, and perform miracles and many mighty works. Translated men, like Enoch, Elijah, John the Apostle, and three of the Apostles of the Western Hemisphere, are in these respects like angels.

“Angels are ministers, both to men upon the earth and to the world of spirits. They pass from one world to another with more ease and in less time than we pass from one city to another. They have not a single attribute which man has not. But their attributes are more matured, or more developed, than the attributes of men in this present sphere of existence.” 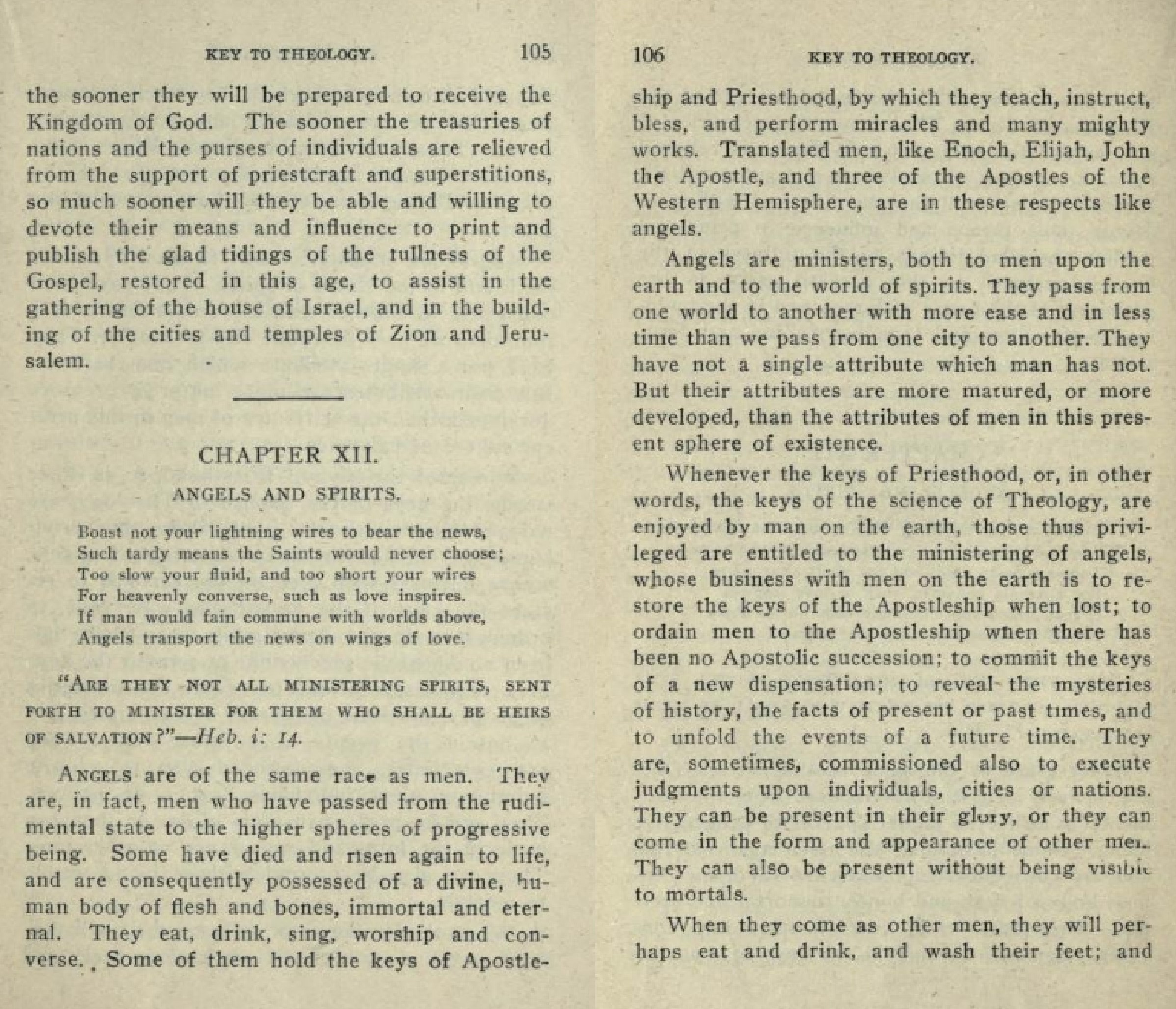