“On 31 August 1873, Brigham Young gave a sermon in which, according to Wilford Woodruff, he said ‘Mother Eve was the Daughter of Adam.’ The published version replaced this with: ‘There was a certain woman brought to Father Adam whose name was Eve…I am not disposed to give any farther knowledge concerning her at present’ (JD 16:167). In other words, Brigham Young’s God was Adam who fathered the human race through an incestuous relationship with his daughter. I’m sure Orson Pratt, who also spoke at the same meeting, must have been mortified that day.” 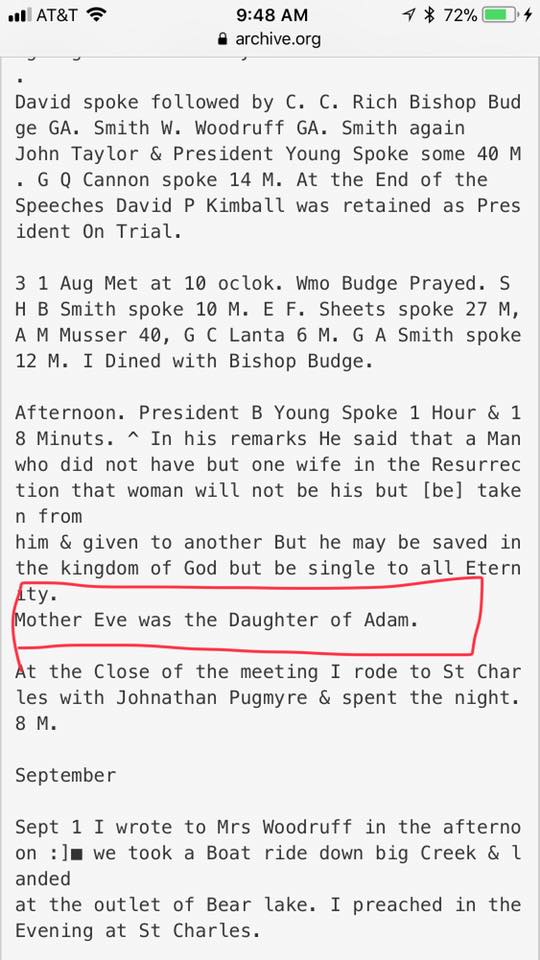